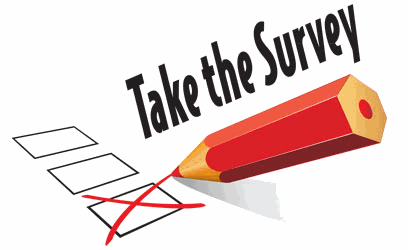 UPDATE 2/15/2022: Cal NORML-sponsored Legislation Would Protect Employees’ Right to Use Cannabis Off the Job

CANNABIS INDUSTRY LEADERS: JOIN OUR CAPITAL CAMPAIGN TO PUSH EMPLOYMENT RIGHTS FOR CALIFORNIANS OVER THE FINISH LINE IN 2022!

2/20/2021 – Asm. Asm. Bill Quirk (D-Hayward) has introduced an employment discrimination bill, AB 1256, to end employment discrimination based on testing for non-psychoactive cannabis metabolites in urine, hair or bodily fluids for both recreational and medical cannabis users, while allowing employers to maintain a safe workplace by disallowing cannabis use or intoxication on the job. Introduced as a two-year bill, the proposal will be heard in 2022 under a different bill number. Stay tuned and join Cal NORML’s email alert list for updates.

5/25/2022: Rhode Island has become the 6th state to protect employment rights of marijuana users. The law states: “An employer shall not fire or take disciplinary action against an employee solely for an employee’s private, lawful use of cannabis outside the workplace and as long as the employee has not and is not working under the influence of cannabis.” If an employee is employed in a “job, occupation or profession that is hazardous, dangerous or essential to public welfare and safety,” employers may prohibit the use or consumption of cannabis within the twenty-four (24) hour period prior to a scheduled work shift.

UPDATES 2021: Commercial trucking fleet operators around the country are ramping up their reasonable suspicion training as a way to manage the risk of drivers operating vehicles under the influence of the marijuana.

The US House Appropriations Committee adopted a report that urges federal agencies to reconsider policies that result in the firing of employees who use marijuana legally in accordance with state law. The move is possibly a reaction to the flack the Biden administration got for firing at least five staffers over past marijuana use.

On June 15, the California State Personnel Board (SPB) ruled that the California Department of Transportation must reinstate an employee who failed a urine test for marijuana use, because such a test does not establish that an employee is under the influence of marijuana when reporting for duty. This ruling should protect most state workers against employment discrimination due to drug testing. Read more.

On June 17, 2021, the 50th Anniversary of the War on Drugs, Connecticut passed a law legalizing adult-use marijuana, with provisions for employment rights. It states:

In May 2021, the state of Montana enacted a law defining cannabis as a “lawful product,” meaning employers cannot reject an applicant or take adverse action against an employee solely because they use or test positive for marijuana (absent demonstrable evidence of marijuana-induced impairment while in the workplace).

In April 2021, the city council of Philadelphia voted 15-1 to pass an ordinance banning discrimination due to drug testing for marijuana for certain positions in the city. The ordinance will take effect on January 1, 2022.

On March 31, 2021, New York Governor Andrew Cuomo signed the “Marijuana Regulation and Taxation Act” into law, specifically protecting an employee from job discrimination based on the “legal use of consumable products, including cannabis in accordance with state law.”

On February 22, 2021 Gov. Phil Murphy of New Jersey signed a law legalizing marijuana for recreational use and protecting employment rights of recreational users. The provisions governing the employment relationship are not operative until a commission adopts its initial rules and regulations. Read more.

The mayor of Atlanta has issued an executive order ending drug testing for non-safety-sensitive positions in the city. “With equity being a core principle of the Administration’s policies and agenda, this Order is designed to address systemic discrimination against communities of color which are disproportionately affected by underlying health conditions,” Mayor Bottoms said in a press release.  “The current pre-employment testing requirements for those seeking jobs, not related to safety and security, are outdated and costly barriers to onboarding new talent in the City of Atlanta,” said Mayor Bottoms. “As we continue to reform our employment process, creating a positive employee experience is key to attracting and maintaining a top-tier workforce, while ensuring opportunities are accessible to all.” The Order also grants the Commissioner of the Department of Human Resources the authority to administratively establish requirements for pre-employment physical examinations and drug testing for safety sensitive positions and may designate certain employment classifications which affect safety and /or security as safety sensitive positions.

In California, employers continue to discriminate against their workers, even when their marijuana use is during nonworking hours. Even medical marijuana patients are not protected against employment discrimination. California’s Supreme Court ruled in 2008 that Prop. 215 does not grant workers’ rights, and a law passed to change that in 2008 was vetoed by Gov. Schwarzenegger. Cal NORML testified at a hearing on cannabis and employment rights in the CA Senate Labor Committee on November 9, 2019.

California workers living with pain are currently forced to use more dangerous drugs like opiates, rather than medical cannabis. Many of these are front-line, essential workers like grocery store clerks that put themselves at risk for COVID infection daily, yet are unable to use their medicine or recreational relaxant of choice off the job. Over 30 studies have shown that legalizing marijuana can decrease opioid use, abuse, and/or overdose deaths.

A Cal NORML survey found that 24% of respondents have increased their use of opioid or other medications due to drug testing by their employer or doctor, 23% have been denied employment because of marijuana use, and 9.5% have been terminated from a job because of a drug test.

Twenty-one states plus Washington, DC have made it illegal for an employer to not hire or to discriminate against either a job applicant or employee who uses medical marijuana, under certain conditions. Some also protect tenants’ rights, parental rights, and others.

The rights of Massachusetts medical patients were recently upheld in court, as were those of patients in Rhode Island and Connecticut. Read more.

A pending bill in Congress, The Fairness in Federal Drug Testing Under State Laws Act, would protect the employment rights of federal employees in states with legal marijuana.

Cal NORML is making it a priority to advance legislation to protect workers’ rights in California. Employment drug testing has been shown in federal studies not to improve worker safety, but it’s a great way to discriminate against cannabis consumers. We hope to sponsor a bill that will truly make marijuana legal for all adults and educate unions and employers about the needlessness of drug testing.

Join the Campaign! We will need you to lobby your elected officials to introduce and pass a bill.

You can also support our efforts by joining Cal NORML.

NORML Factsheet: Marijuana Legalization and Impact on the Workplace

An informative program from KALW radio on the topic

Marijuana and the workplace

GM’s Policy on Cannabis Use Partly to Blame for Worker Shortage: UAW  7/21

NFL’s new CBA will eliminate suspensions for positive marijuana tests, limit the testing period to the first two weeks of training camp and raise the threshold for a positive test from 35 to 150 nanograms of THC. 3/20

When the Law Says Using Marijuana is OK, But the Boss Disagrees 7/19
This New York Times story also ran in the SF Chronicle. It interviews three California women who lost job opportunities due to their marijuana use, despite legalization.

Federal Court Rules In Favor Of Worker Rejected For Medical Marijuana Use 9/18
A Connecticut woman’s rights under that state’s medical marijuana law were violated when a company refused to hire her on the basis of her legal cannabis use, and a lawsuit seeking damages against her would-be employer may proceed, a federal judge ruled. In 2016, Katelin Noffsinger filed suit against Bride Brook Health and Rehabilitation Center, a federal contractor, after a job offer was rescinded following a positive test for cannabis on a pre-employment drug test. Noffsinger had accepted a management-level position with the firm, which then scheduled a drug test. Prior to the test, Noffsinger informed Bride Brook that she was a qualified cannabis patient under Connecticut’s Palliative Use of Marijuana Act, and used the drug—namely, synthetic marijuana pills, consumed in the evening—to treat post-traumatic stress disorder following a 2012 car crash.

Hiring Hurdle: Finding Workers Who Can Pass a Drug Test

Marijuana may be legal, but it can still get you fired

Marijuana reform is a work in progress despite Prop. 64 victory

Marijuana, now legal in California, can still stop workers from getting a job LA Times

Drug Tests Don’t Make Sense, So Why Are Employers Still Using Them? 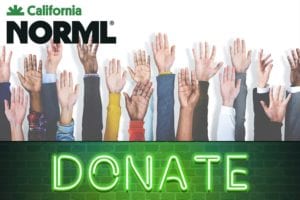 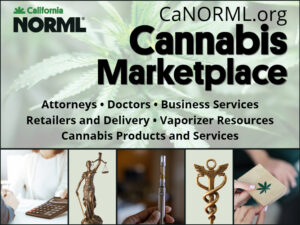